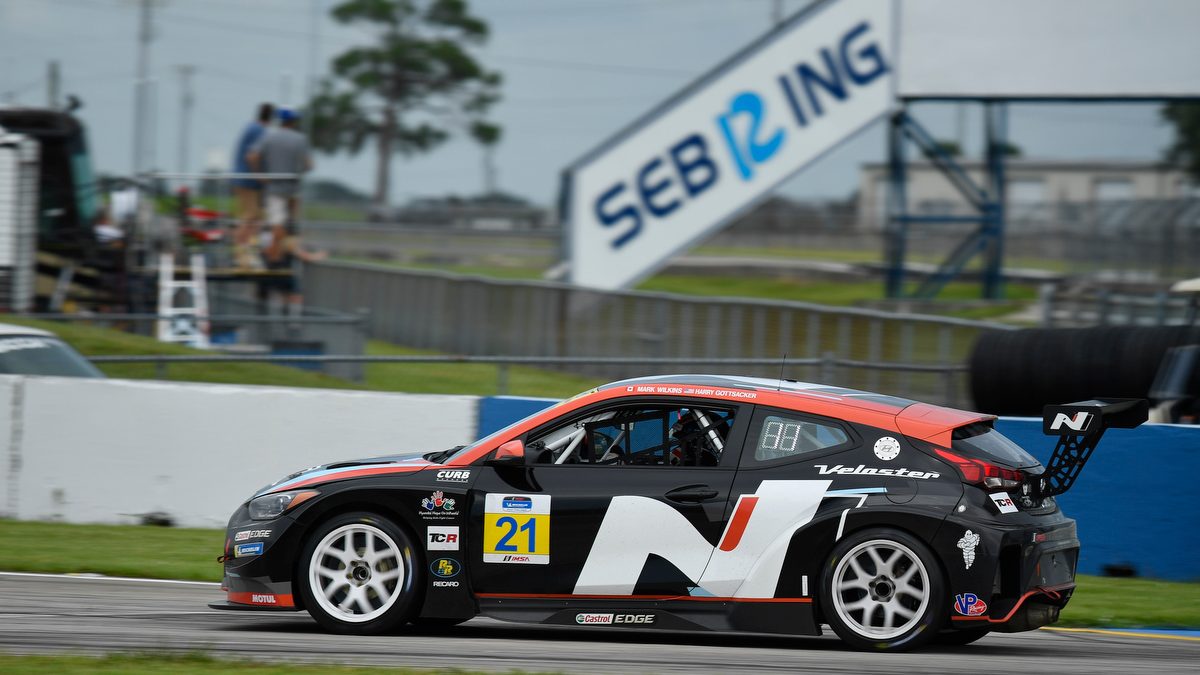 Bryan’s View: “July was a great month for our Veloster N TCR cars with podium sweeps at Sebring and Road America. As August turns up the heat, we know our competition will be doing the same. The team and drivers have worked hard to prepare for an increased challenge.” – Bryan Herta

Hyundai 3-Peat?: It’s been a clean sweep for Hyundai since IMPC returned to racing last month at Sebring. Will they make it three-in-a-row for Hyundai this weekend at VIR? Hyundai leads Audi in the manufacturers championship by five points, 102-97.

Newcomers Out Front: Gabby Chaves, Ryan Norman, Parker Chase and Spencer Brockman are new to the BHA team this season, but it hasn’t taken them long to find the front of the field. Gabby and Ryan have led every race and scored their first victory in just their third IMPC start. Spencer Brockman and Parker Chase joined the 2019 TCR Champions just before Sebring. They finished second in their second IMPC start two weeks ago at Road America.

Rain Dance? Last year, weather played a major role over the weekend, qualifying was washed out at VIR and the grid was set by the championship points standings…should that happen again, three of the four BHA cars will start in the first two rows.

Double Duty: Parker Chase will be extra busy this weekend, he will compete in the NASCAR Whelen All-American Series Saturday night at Hickory Motor Speedway, driving the #77 Late Model for Chad Bryant Racing.

Bryan’s View: “July was a great month for our Veloster N TCR cars with podium sweeps at Sebring and Road America. As August turns up the heat, we know our competition will be doing the same. The team and drivers have worked hard to prepare for an increased challenge.” – Bryan Herta

Harry Gottsacker on his sophomore season: “This year has been different for me because it’s been the first time in my sports car career that I have returned in the same car and series for a sophomore season. The only new part was having Mark join me in the #21, and it’s a bonus to have all that experience to pull from. I feel so much more comfortable this year, and that allows me to really focus on the details because I already know what is coming next. We have been able to get more performance out of every component within the team as well because this is our second go at the IMSA Michelin Pilot Challenge championship.”

Mark Wilkins on leading the championship: “Heading to VIR with the championship lead reflects the tremendous efforts put forth by the team thus far! Harry has done a fantastic job in qualifying, and for me, his drive at Sebring, running in the GS pack was impressive, and a catalyst for our victory there! We had a few more challenges at Road America, but kept focused and came away with a solid podium and points scoring event. Our team of Veloster N TCR’s has been strong! The cars are performing incredibly well, and the team is really firing on all cylinders. We have worked really hard to build on the solid foundation we developed over the past few seasons and I believe our results are a reflection of our cohesive efforts.”