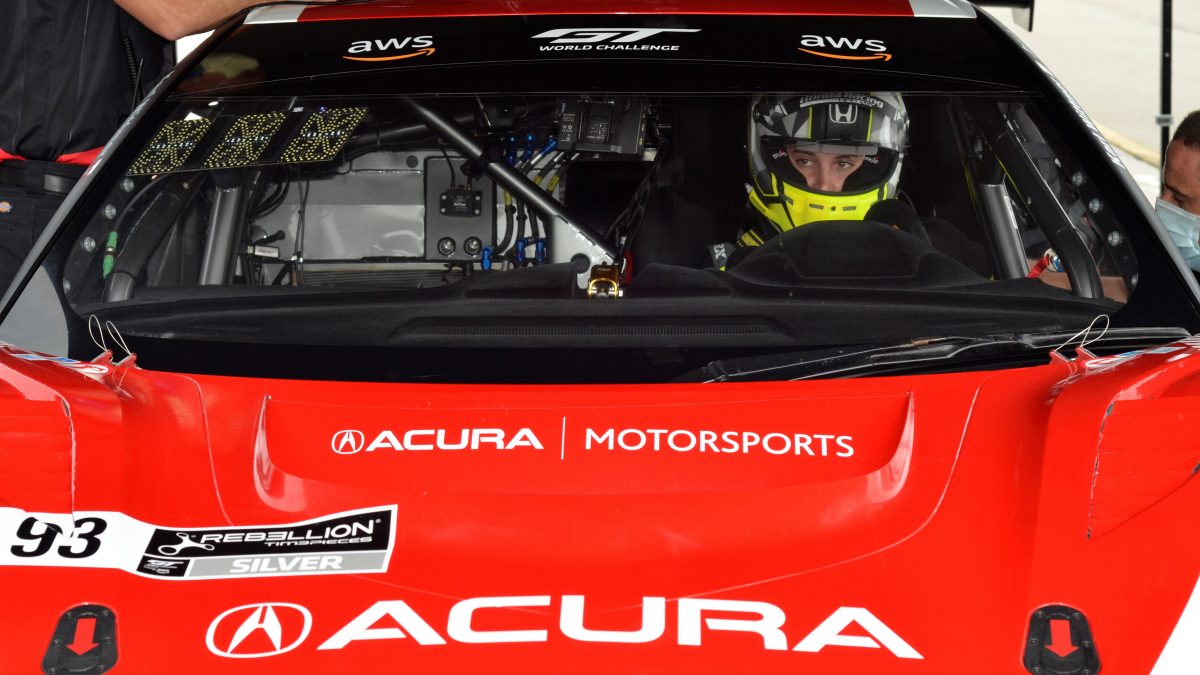 IMSA Michelin Pilot Challenge driver Taylor Hagler impressed this week as she got her first laps behind the wheel of the championship-winning Acura NSX GT3 Evo, completing the inaugural HPD GT3 Driver Academy at Michelin Raceway Road Atlanta on Monday and Tuesday.

Hagler was invited to the immersive two-day experience as part of her integration into the Honda Performance Development (HPD) driver development program.

The Acura program took Hagler through an on and off-track curriculum that provided seat time on board the potent GT3 spec Acura NSX Evo through multiple sessions over the course of two days.  The laps on board the Acura GT3 machine marked another progression in Hagler’s career after the young Texas native made her IMSA debut driving the No. 77 L.A. Honda World Honda Civic Type R TCR at Daytona International Speedway in January.

Adjusting to the mid-engined, rear-drive platform was a significant departure for Hagler, who has raced Hondas since starting in the sport just over two years ago.

The innovative HPD-managed program, which was operated by SRO Championship-winning squad Racers Edge Motorsports, also saw Hagler take on a wide range of learnings through the two days of activity.

Between her on-track sessions, Hagler studied data and broke down video footage with experienced HPD drivers Dane Cameron and Ryan Eversley, Hagler’s IMSA  teammate, who provided coaching for the academy.  The classroom sessions took Hagler and the three other participants through a range of topics, from the importance of personal brand management to sponsorship activation to social media activation.

“The opportunity to attend the HPD GT3 Driver Academy was an amazing one,” said Hagler. “The car was just incredible, and driving it at a track like Michelin Raceway Road Atlanta was amazing. The HPD engineers were really on top of everything and Racers Edge did a great job with the car.

“The program that HPD developed for this was really impressive,” Hagler continued. “There was a ton of information to absorb. Going between being in the car to going to corners to observe the other drivers to going to the sessions about what I need to be thinking about outside of the car made it feel a lot like a race weekend. My notebook is pretty much full from the two days, and I am even more excited to get to Sebring and go racing for real in a few weeks!”

“I have had the opportunity to work closely with Taylor (Hagler) for a while being her teammate and coach, so having Dane (Cameron) step in to coach her as well helps her use another set of eyes giving professional feedback that she can learn from,” explained Ryan Eversley. “Taylor’s career is moving quickly and that comes with her confidence in the car. She excels at getting up to speed quickly, using feedback to adapt and learn which makes her an excellent student in a program such as the HPD GT3 Driver Academy. As someone who has been in this industry for a while, I enjoy being able to teach these young drivers who have the same work ethic and desire to be better and make them quicker not only in the car but a better overall, marketable spokesperson for teams and sponsors.”

Taylor Hagler returns to IMSA racing at Sebring International Raceway July 16-18th for the second round of the IMSA Michelin Pilot Challenge season before stepping back in the Acura NSX GT3 for the second of four HPD Driver Academy sessions at Mid-Ohio Sports Car Course July 22-23rd.