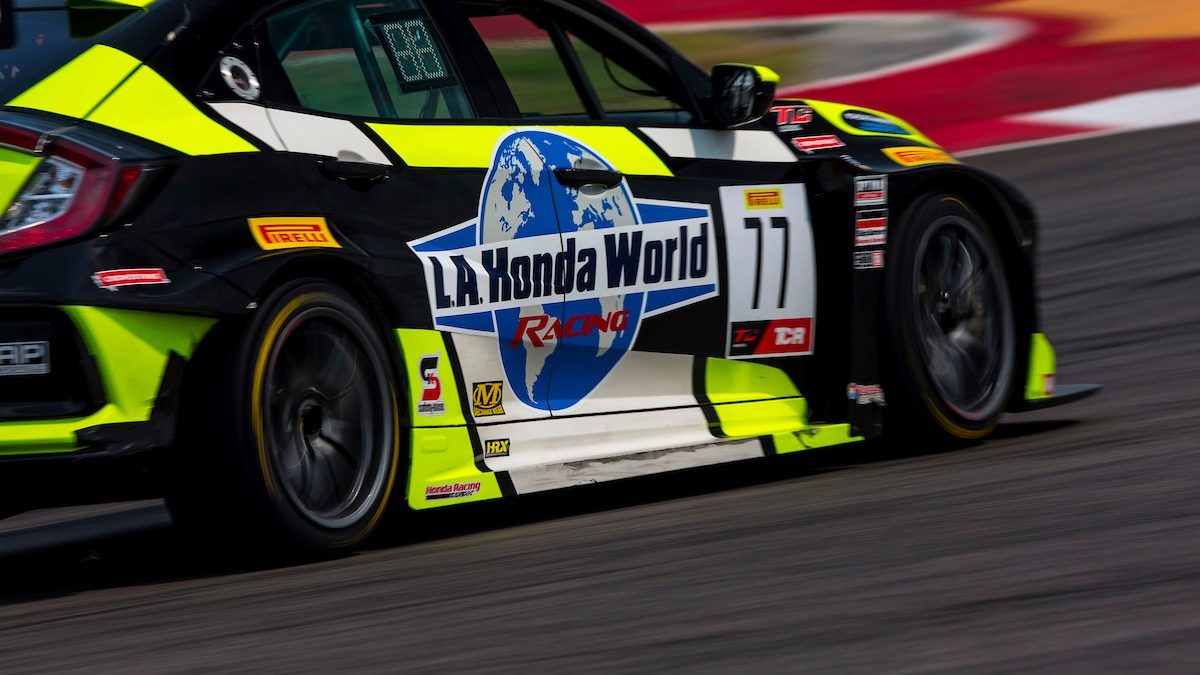 Completing her return to SRO World Challenge TC America, Taylor Hagler captured a fourth-place finish in Race Two at Circuit of the Americas (COTA) on Saturday.

The starting grid for the second race of the weekend was set by the fastest race lap from Race One on Friday. Hagler slated her No. 77 L.A. Honda World Racing Honda Civic Type R TCR third on the starting grid.

Taking the green flag at her home track, Hagler kept her Honda machine clean as the field bunched up entering the first turn. Hagler rounded out the top five as she settled into her race pace for 40-minutes around the 20-turn course.

Utilizing the pace of mixed class traffic, the Honda development driver gained two positions breaking into the top three on Lap 10. Hagler continued her run to the front closing in on second place and cutting the gap down to 1.5-seconds.

With 10-minutes remaining on the race clock, Hagler continued pushing her Honda Civic Type R TCR posting lap times that were half of a second faster than the TCR class leader. The lead pack battled wheel-to-wheel entering the final lap of the race.

“It was a very close race to the checkered flag today,” said Hagler. “I gave it everything I could trying to get onto the podium, but unfortunately it wasn’t in the cards. The L.A. Honda World Racing crew gave me a great car and we made a lot of positive improvements to come home with two good results this weekend. It was overall a very positive weekend being back with TC America at my home track. I am looking forward to getting back in the car at Mid-Ohio for the IMSA Michelin Pilot Challenge alongside Ryan (Eversley) next weekend.”

Hagler will next be behind the wheel of her No. 77 L.A. Honda World Honda Civic Type R TCR for a doubleheader race weekend in IMSA Michelin Pilot Challenge competition at Mid-Ohio Sports Car Course September 25-27th.