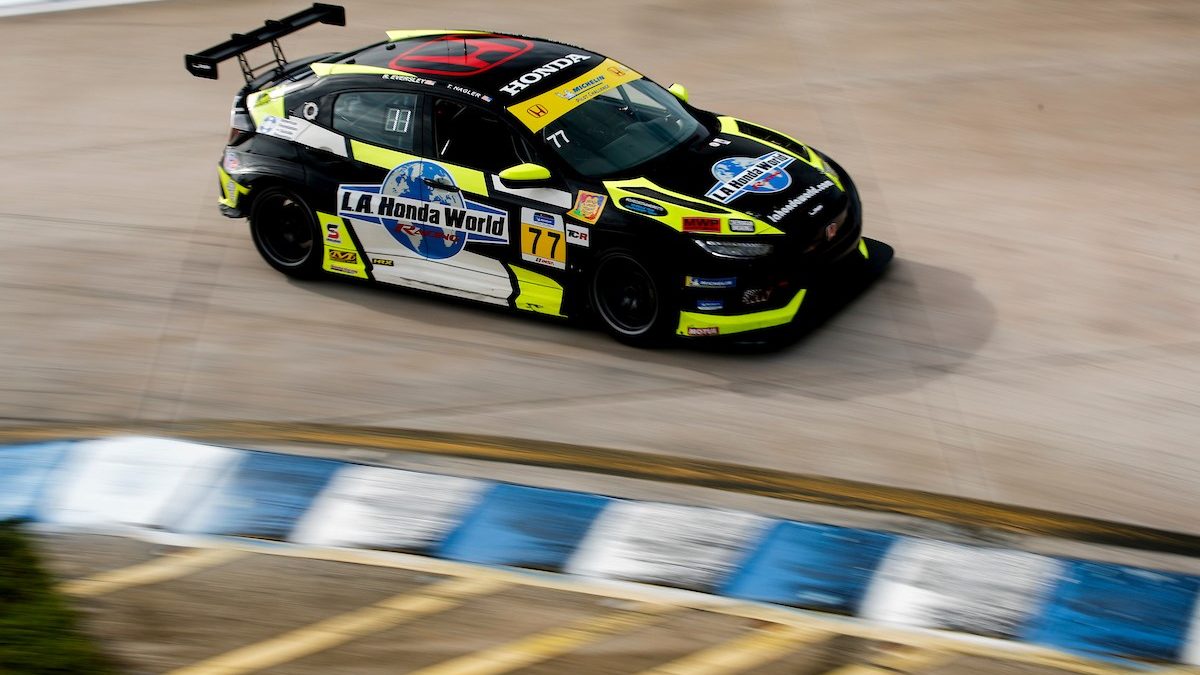 Hagler and teammate Ryan Eversley made nine starts as co-drivers this year and the duo combined for five top-five finishes on the season. The run to fifth was a well-earned result for Hagler, who marked another career first by making her debut start at Sebring International Raceway in the No. 77 L.A. Honda World Racing Honda Civic Type R TCR.

Hagler took the green flag for the two-hour race from ninth on the grid. The first-year IMSA driver battled through the opening segment of the race with the robust field of 36 cars dicing through the 17-turn circuit. Hagler was able to avoid the melee ahead which saw two competitors collide as she drove the No. 77 Honda Civic to seventh by the third lap and began to build a five second gap to the cars behind.

Despite only having 43 laps of practice on the tricky track ahead of the race start, Hagler continued to lay down fast lap times and posted her quickest lap of the weekend during her starting stint on lap six.

With the first, and only, full course caution deployed on lap 12, the field packed up with Hagler positioned to take the restart from fifth.  Battling door-to-door at the drop of the green flag, Hagler held her own as she ran three-wide through turns 13 and 14. Hagler raced the No. 77 Honda to as high as third before pitting on lap 28.

Completing one hour and five-minutes behind the wheel of the No. 77 Honda Civic, Hagler dove into pit lane on lap 28 for a full-service stop and driver change. Re-entering the track in eighth, Eversley made strategic and aggressive passes to move up the order where he settled into fifth for the final 23 laps of the race. The effort placed Hagler ninth in the provisional TCR championship standings.

“It was really cool to make my first start at Sebring after missing the first opportunity earlier this year,” said Hagler. “The L.A. Honda World Racing crew gave us a great Honda Civic Type R TCR and I just worked on making consistent laps and moving up the order throughout my stint.  We had a good strategy and Ryan jumped into the car and did a great job getting the car into the top five.  It feels nice to finish the year strong and I’m looking forward to more laps on Monday in the Acura Motorsports NSX GT3.”

Although finished with IMSA competition, Hagler will still have one more outing to close out a big year. On Monday, the 25-year old will stay at Sebring International Raceway to complete the final round of the HPD GT3 Driver Academy. The two-day training will be the fourth opportunity for Hagler to gain seat time and confidence behind the wheel of the IMSA championship-leading Acura NSX GT3 platform.