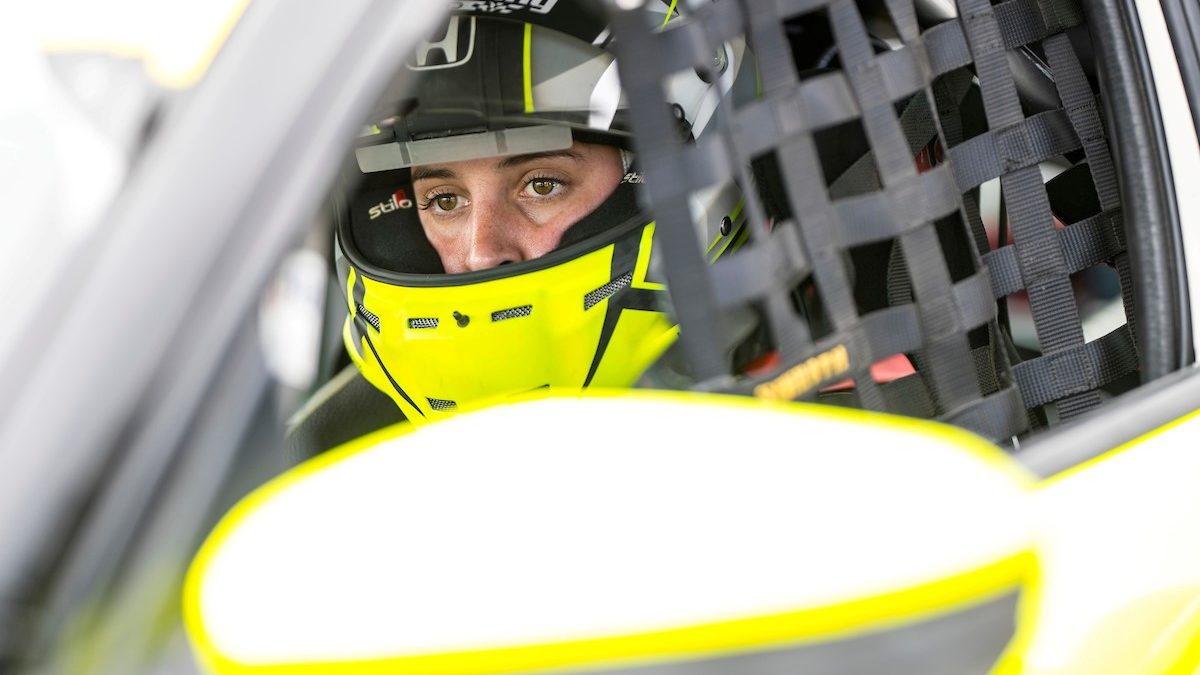 Hagler and her L.A. Honda World Racing co-driver Ryan Eversley have built momentum through the second half of the 2020 season and are looking to continue that progress this weekend.

Building on her year of firsts, the IMSA Michelin Pilot Challenge (IMPC) rookie will make her first race start at WeatherTech Raceway Laguna Seca when the green flag flies on Saturday. Hagler has used simulator training to prepare for her debut at the 2.238-mile course which features a 180 feet elevation change in the iconic “corkscrew.”

The Honda development driver knows that with some critical high-speed sweeping corners Laguna Seca rewards momentum, something that she’s bringing to the Monterey circuit.

At Mid-Ohio Sports Car Course in September, Hagler drove a flawless opening stint before handing the car over to teammate Eversley to secure her first IMSA podium as the duo charged to a second place finish on board the Honda.

Just hours later, Hagler laid down a fast lap of 1:30.597-seconds to win the TCR class pole for the second race of the weekend. Hagler led all 32 laps of her opening stint before turning the car over to Eversley. Unfortunately a mechanical failure ended the team’s day early after a strong run out front.

Heading to Michelin Raceway Road Atlanta, Hagler had high hopes as she returned to the Braselton circuit for her second IMSA outing of the season having scored a fourth-place finish at the course a month prior.

Starting from the fourth row in seventh, strategic driving from the 25-year-old kept the No. 77 L.A. Honda World Racing Honda Civic Type R TCR in the lead pack through two lengthy caution periods. After 43-minutes, Hagler handed the No. 77 Honda Civic over to Eversley who led the TCR field late in the race. For the second straight race, it was a dose of bad racing luck as an untimely yellow which meant that Eversley had to change strategy to claim a fifth place finish.

While the Road Atlanta outing didn’t fulfill the promise the two had shown, the result was the duo’s third consecutive top-five finish of the season as Hagler looks to continue making positive strides this weekend at Laguna Seca.

“I am looking forward to experiencing Laguna Seca for the first time, especially the corkscrew,” said Hagler. “To prepare I have been using the simulator to learn the track. But getting the seat time in the car this weekend will be helpful for me to feel the elevation changes and track surface. The L.A. Honda World Racing team has worked so hard to give us a fantastic car week after week. Ryan (Eversley) and I have had two races of solid results leading into this weekend, but I want to be able to cross my first IMSA win off the list.”   Hagler will take the green flag for the WeatherTech Raceway Laguna Seca 120 on Saturday, October 31st at 6:30PM ET with live coverage available on TrackPass on NBC Sports Gold.