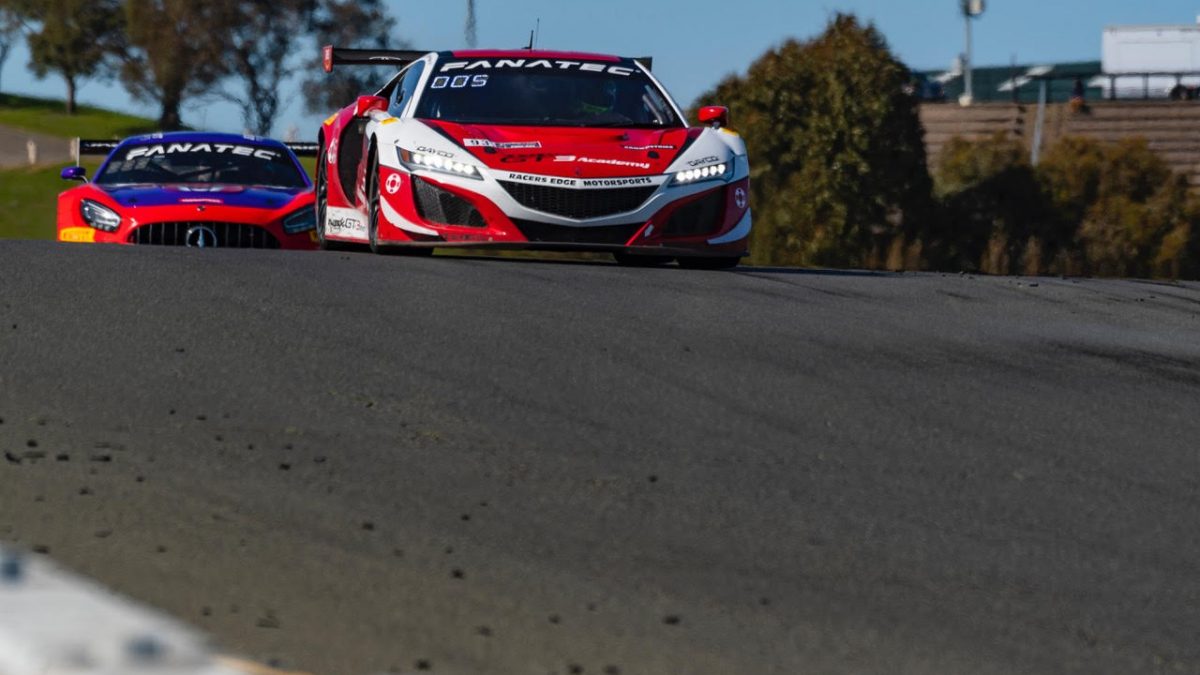 Taylor Hagler made her debut in Fanatec GT World Challenge America Powered by AWS competition this weekend, racing to a pair of podium finishes in the season-opening event at Sonoma Raceway.

Sharing the No. 93 Racers Edge Motorsports Acura NSX GT3 with teammate Dakota Dickerson, Hagler qualified 11th overall and seventh in the Pro-Am class for Saturday’s 90-minute race. Hagler used the first 11 laps to take eighth overall, and held that position for the remainder of her 40-minute stint before turning the car over to Dickerson. The final 50-minutes saw Dickerson bring home the Acura NSX GT3 third in the Pro-Am class on the strength of a fifth place overall finish.

The opening podium run was gratifying for Hagler, having become comfortable with the Acura NSX GT3 platform in multiple outings last year as part of the HPD GT3 Driver Academy.

The double-header SRO-managed event weekends see the drivers reverse roles in the second race, putting Hagler in the position to finish Sunday’s Race 2. Dickerson started sixth and moved up to fifth before his pit stop to turn the car over to Hagler. Under heavy pressure for the final podium spot with 20 minutes remaining, Hagler held her own. Hagler made a late bid for second in the final laps, closing to within 5.308-seconds at the checkered flag. The third place finish was a strong start to the SRO season for Hagler and Dickerson.

“Our Racers Edge Motorsports team did a flawless job at Sonoma and it was a great start to the season,” said Hagler. “We have all worked together in the HPD GT3 Driver Academy and it felt just like we picked up from last season. It is always much easier to execute when you have history and experience with each other. It was a weekend of firsts for me – first GT3 race, first race as a finishing driver, and first double podium weekend. This was a great debut weekend having the American Foundation for Suicide Prevention on our car prominently. I am so thankful to be a part of this program and I am ready to head to COTA to see how we can do at home!” Next up for the Fanatec GT World Challenge America Powered by AWS will be a doubleheader weekend at Austin’s Circuit of The Americas on April 30-May 2. But first,  the Texas-based racer will make her IMSA return with the second round of the IMSA Michelin Pilot Challenge as the series heads to Sebring International Raceway March 17-20.