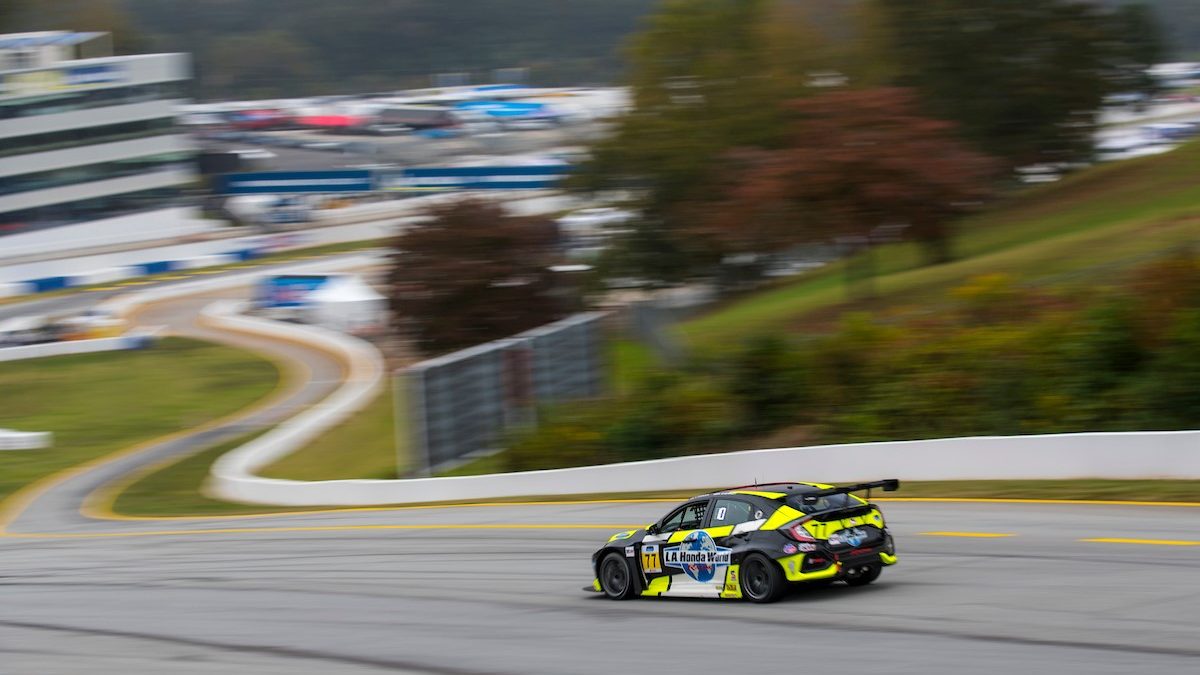 Returning to the track for the second time this season in IMSA competition, Taylor Hagler will take the green flag for the Fox Factory 120 at Michelin Raceway Road Atlanta from eighth on the two-class grid on Friday (3:45PM ET, TrackPass on NBC Sports Gold).

Tasked to qualify her Honda Civic for the 15-minute session, Hagler quickly got up to speed around the 2.54-mile circuit.

Hagler brought the No. 77 Honda up to third in the first seven minutes of the session before a red flag was deployed and forced the field back into pit lane. With just over two minutes on the clock, Hagler was able to lay down two more lap times as she eyed her second pole position of the season.

The young American racer is carrying confidence from the last double-header event weekend at Mid-Ohio Sports Car Course, where Hagler raced to a second place finish in Race 1. She then followed that up by scoring her first-ever pole position for Race 2 and strongly raced in the lead during her entire opening stint. Hagler is optimistic heading into the two-hour race on Friday.

“The L.A. Honda World Racing guys did a lot of work this weekend to give us a great car,” said Hagler. “Ryan (Eversley) and I are very happy with where we are at going into the race tomorrow. Having a steady, reliable car gives me confidence. Coming off Mid-Ohio, we know we have the pace to be contenders at the front. I want to be able to give Ryan the car near the front and in one piece so he can jump in and take us to the checkered flag. I feel very good about our chances at getting our first win.”

Hagler will take the green flag in the No. 77 L.A. Honda World Racing Honda Civic Type R TCR for the Fox Factory 120 at 3:35PM ET on Friday, October 15th. Flag-to-flag coverage will be available live on TrackPass on NBC Sports Gold.