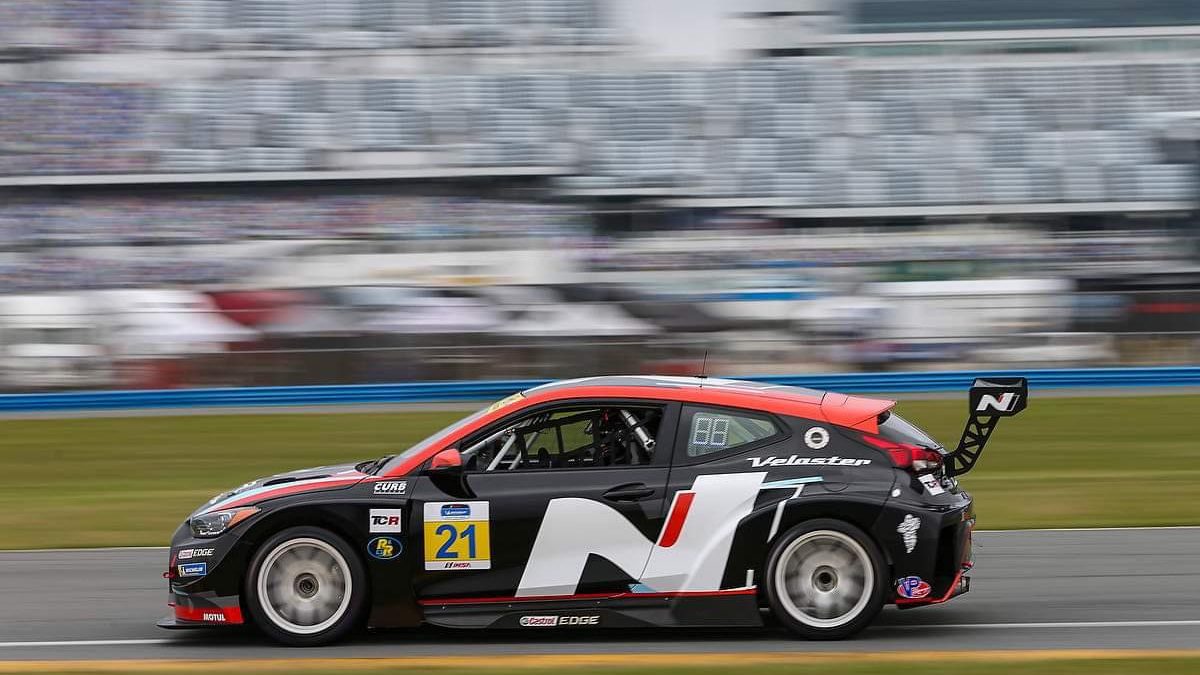 It’s been exactly one year since Bryan Herta Autosport made their IMSA Michelin Pilot Challenge debut at Daytona. What a difference a year makes. One year, four race wins, a championship and a third entry later, BHA returned to Daytona and challenged for the race win with all three entries. The BHA Veloster’s led practice sessions and ran up front throughout the event. They completed 380 miles in four hours, and were the only team in the race to have all cars finish, a testament to their precision preparation.

Harry Gottsacker kicked off 2020 with a strong start, he scored his best ever IMSA qualifying result, securing a front row start for the #21 Veloster. Starting from 2nd, Harry worked through early balance challenges with the front end to dial in the car for the remainder of his stint. He turned the car over to Mark Wilkins in third position with just under two hours remaining. The gremlins returned early in Wilkins’ stint. He radio’d his crew describing characteristics which kept him from pushing his Veloster to its full grunt, yet held on for sixth position, a full lap ahead of their nearest competitors.

“All in all it was great to see the cars finish 4th, 5th and 6th. Obviously I think we are the team to beat and it would have been nice to be 1st, 2nd and 3rd, but this is our toughest track and we’re leaving with three cars intact. We did find a little mechanical issue after the race which was definitely hurting our performance. I think Harry did a great job and we executed well, I am looking forward to the season.”