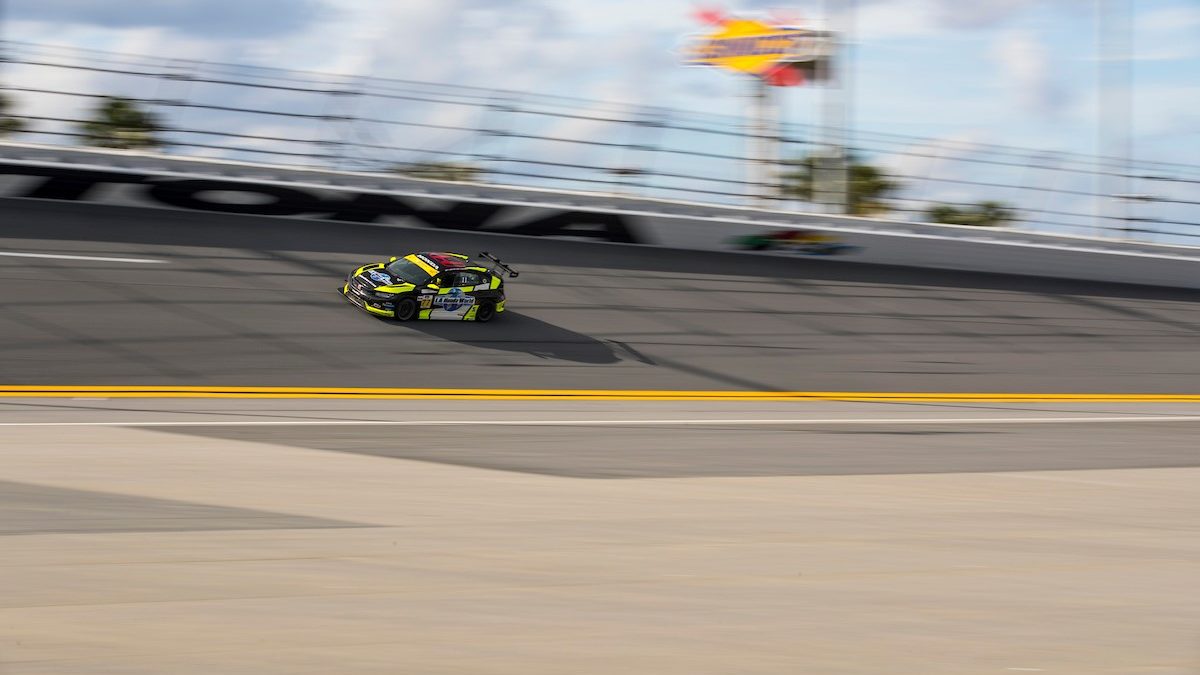 Adding an iconic track to her growing racing resume, Hagler joined an impressive field as 50 IMPC drivers took the green flag on Friday afternoon to kick off the 2020 IMSA season.

Making her first official IMSA start in the No. 77 L.A. Honda World Honda Civic Type R TCR, Hagler maneuvered through through the tight turn one in the dynamic two-class race start to emerge from the first lap to run in the top ten.

Settling into race pace, the up-and-coming driver continued to race in top ten position among the 18-car TCR field.  Hagler maintained her position until making her first pit stop on Lap 26 for fuel and four tires. Determined to gain on-track position, she worked  through traffic in her Honda Civic before the first yellow flag on Lap 35.

Hagler made her second pit stop under yellow, optimizing the caution period to maximize her track position upon the return to green flag racing. With a full tank of fuel and fresh tires, Hagler laid down her fastest lap of the race of 2:02.024-seconds following the restart.

Having already demonstrated her level-headed approach to challenging situations, Hagler added another chapter to that record as she managed to keep control of the car despite suffering a front right tire puncture under high-speed braking for turn one. Taking to the pit lane with a slow lap to address the issue just ahead of the two-hour mark, Hagler turned the Honda Civic Type R TCR controls over to co-driver Ryan Eversley.

Eversley began to move back up the order with a car that was impacted by the first tire puncture when a second front right tire puncture called the experienced Honda driver into pit lane on Lap 101. A late caution period came with 14-minutes remaining, but was unfortunately too large of a cleanup, leaving the race to conclude under yellow. Hagler and Eversley completed the opening IMSA event 12th on the grid.

Hagler walked away from her Daytona International Speedway debut with more racing knowledge, confidence and is eager to put the lessons to use in her next IMSA outing at Sebring.

“With it being my first IMSA start, I was a little nervous heading to the green flag,” said Hagler. “When we were all lined up and ready for the green flag it all fell into place – I locked in on what I needed to accomplish. I maintained my pace and worked on trying to gain speed wherever I could. The tire puncture was very unfortunate and ended up cutting my stint early. Having issues made the day frustrating, but I learned more than I could have imagined from this experience. I am looking forward to getting to Sebring and taking the No. 77 L.A. Honda World Honda Civic Type R TCR around that iconic course.”