Strong Run Out Front at Mid-Ohio Ends Early for Hagler

Strong Run Out Front at Mid-Ohio Ends Early for Hagler 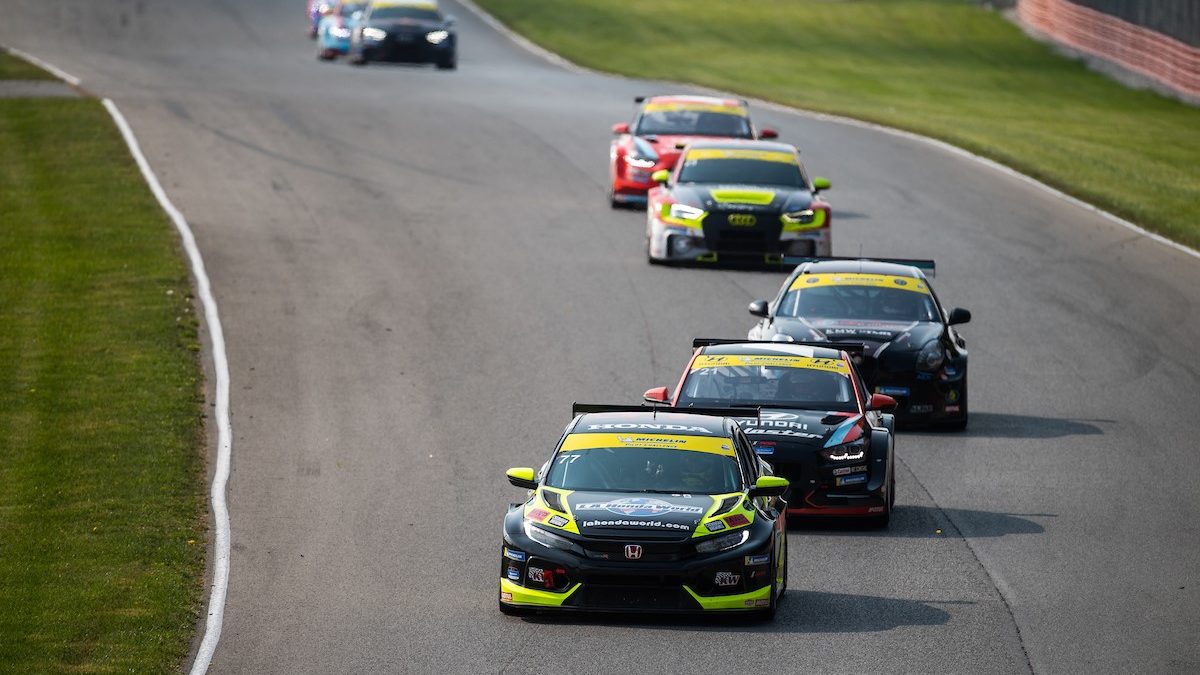 What was looking to be another run to the IMSA Michelin Pilot Challenge (IMPC) podium for L.A. Honda World Racing drivers Taylor Hagler and Ryan Eversley came to an abrupt and disappointing end on Sunday after the duo were forced to retire from the race from the lead with just 20 minutes remaining in the two hour event.

The Sunday race was the second of two on the Mid-Ohio Sports Car Course event weekend, with Hagler demonstrating progress in every session with the No. 77 Honda Civic Type R TCR.

Just three hours after spraying champagne on the podium with her run to second with Eversley on Saturday, Hagler went on to score her first career pole position. Hagler became just the third female to get the pole in IMPC competition as she claimed the TCR Motul Pole Award.

Leading the field of TCR cars to Sunday’s green flag, Hagler held her own through the hectic opening laps to maintain the lead. Despite constant pressure from reigning the IMPC champion behind, Hagler set her focus on running clean, consistent lap times. She eventually built up a 0.8-second gap between her and second place.

“I was watching my competitors in my mirrors but I stayed focused on being consistent,” said Hagler. “I had all the confidence in the Honda Civic Type R TCR and knew what I needed to do in order to create a gap between myself and second. We have been working all season to get the car dialed in and everything has been working great this weekend. We found the setup that both Ryan (Eversley) and I like, which put us in a good position to get another podium.”

Hagler led for her entire 45-minute stint before pitting on lap 26 during the first full course caution of the race. Mastering clean pit stops, Hagler handed the Honda over to Eversley who returned on track second in the order.

A close battle of back-and-forth action on the restart pushed Eversley down to fifth but it took no time for the Honda driver to race back up the order. By lap 50, Eversley made his way back in the lead, holding a 4 second advantage over second place. Unfortunately, his time at the front of the field came to an abrupt end on Lap 63 when a plume of smoke dispersed from the rear of the Honda, ending the race with a terminal turbo issue.

“It was definitely a tough way to end the race,” said Hagler. “Everything was looking to work in our favor and Ryan made it back up to the lead. Unfortunately, that’s racing sometimes and we just need to refocus for the next race. Overall, this weekend has been really positive for us. I think that we finally were able to show that we can be contenders in the front of the field and fight for wins. There was a lot that was learned this weekend that we will take with us to Road Atlanta.”

Looking ahead to the next IMPC race Hagler and her L.A. Honda World Racing team will head to Michelin Raceway Road Atlanta for the two hour Fox Factory 120 on Friday, October 16th.