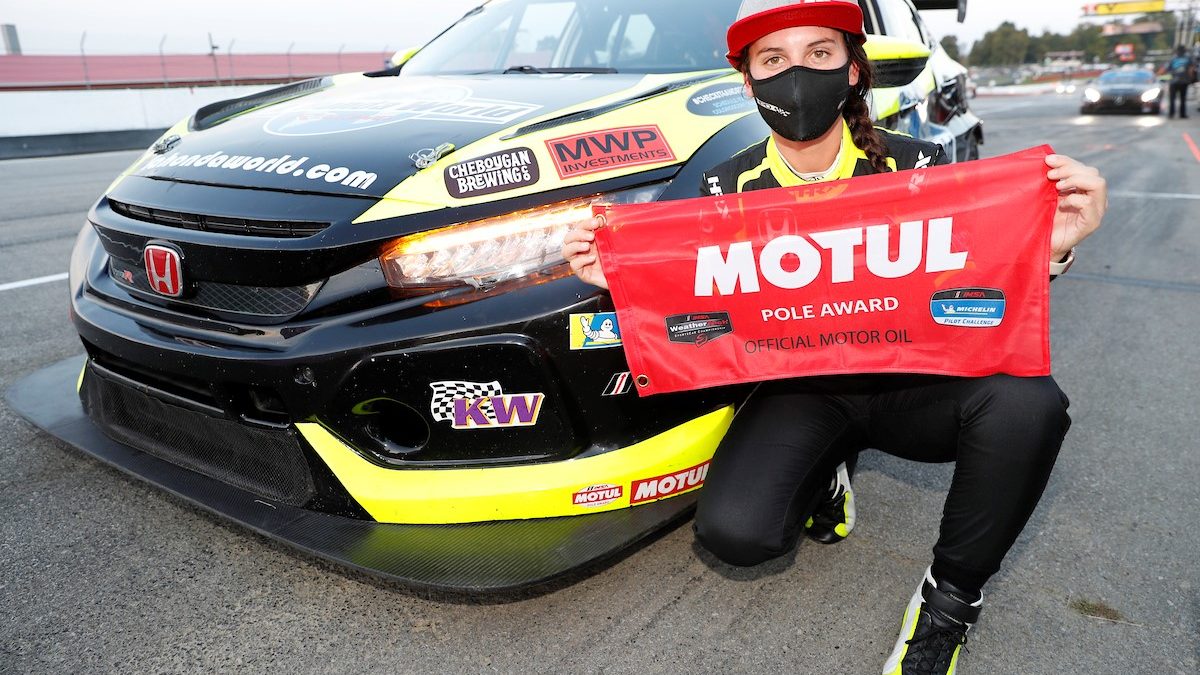 After racing to her best finish of the 2020 IMSA season, there was no stopping Hagler and the No. 77 L.A. Honda World Racing Honda Civic Type R TCR. Finding additional speed during the two-hour race on Saturday afternoon proved to help the young Texas-native who is in her first year of IMSA competition.

Paired with experienced Honda pro, Eversley, the duo have worked feverishly to get a result after a season of unlucky events yielded results that were not representative of the pace that they have had.

During the late evening qualifying session on Saturday, Hagler posted several lap times that brought her within the top three. After claiming outside pole with just over one minute remaining, it all came down to the last lap for Hagler to improve two tenths. Coming to the finish line, Hagler posted a lap time of 1:30.597-seconds, edging into the pole position by one-tenth of a second.

“It feels amazing to get my very first pole,” said Hagler. “We had really great pace in the race so I felt confident in my L.A. Honda World Racing Honda Civic Type R TCR. I’ve been using every session to keep learning and keep finding where I can scrape off time. I also couldn’t have done it without the help of my teammate Ryan, who has been coaching me and giving me the confidence every weekend. I’m just really happy for the entire team, they did all the work to give me such a great car. This is a great way to end a very long day, and I’m excited to use this pace and momentum towards a run to the top step of the podium tomorrow.”

Leading the field for Sunday’s Race Two, Hagler will take the green flag at 10:35am ET. Live coverage can be viewed on TRACKPASS by NBC Sports Gold.