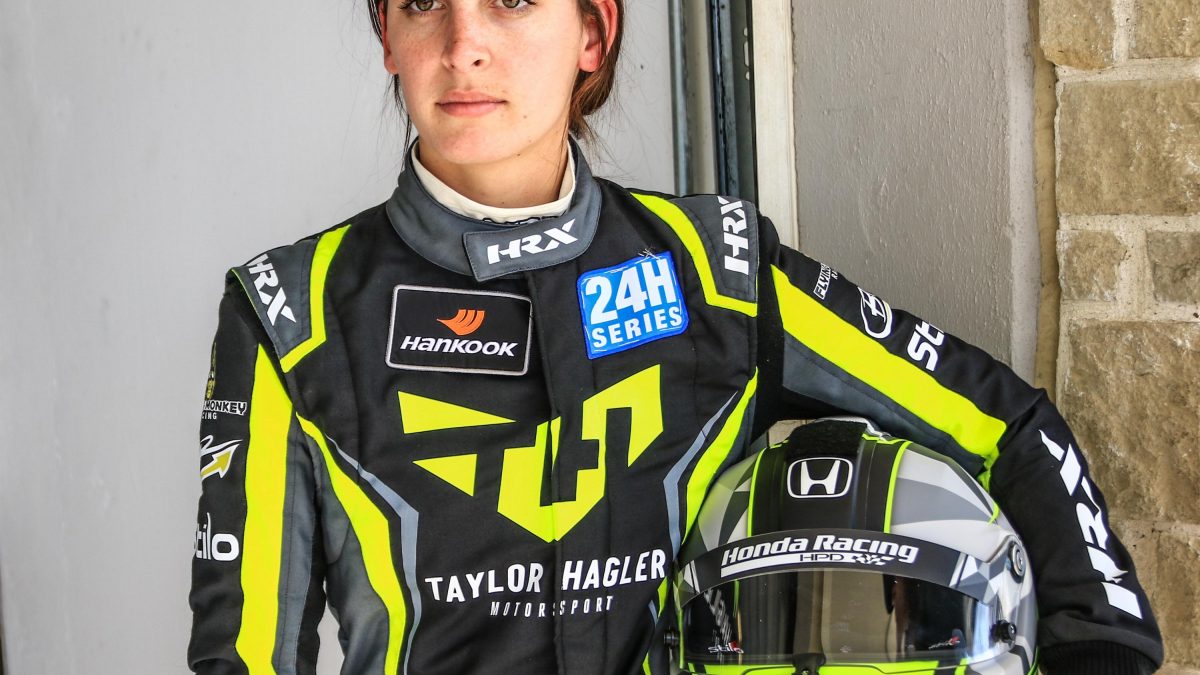 The Texas native will get her first chance behind the wheel of the IMSA championship-winning Acura NSX GT3 platform as part of the innovative program.

The immersive two-day driver development program is being staged by HPD, and  will include on-track coaching sessions as well as off-track instruction on effective communication with team personnel and engineers. Off-track learnings will also include sessions focused on driver marketing skills as well as sponsor searches.

Already a part of the Honda driver development program, Hagler made her IMSA debut earlier this year at Daytona International Speedway in the No. 77 Honda Civic Type R TCR. She will now get the opportunity to expand her skill set as she will make her GT3 debut onboard an Acura NSX GT3 Evo.

“It will be my first time in the driver’s seat of an Acura NSX GT3 Evo,” said Hagler. “Getting behind the wheel of such an advanced piece of machinery is exciting and I am looking forward to learning as much as I possibly can. It will be a transition getting used to a rear wheel drive car in comparison to my Honda Civic Type R TCR, but testing my skill set will help my development as a driver when I return to IMSA competition.” Follow along with Hagler as she prepares for the two-day test as she takes over the HPD Instagram account (@hondaracing_hpd) on Saturday (June 20).