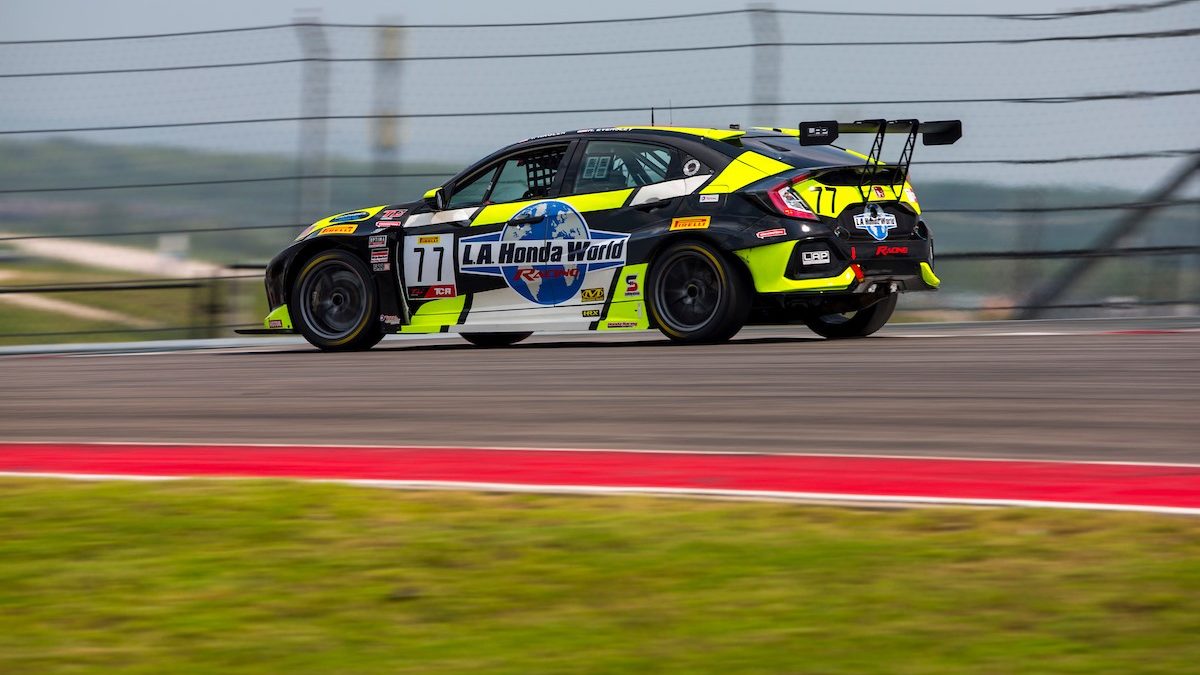 Hagler will once again team up with co-driver Ryan Eversley and will look to continue to build on their run to fourth together at Michelin Raceway Road Atlanta. The young Texas driver has expanded her racing resume through the 2020 season, racing and driving a range of cars on several new tracks. The return to IMSA action is a relished one for Hagler, who will arrive at Mid-Ohio with the momentum of the best result of her rookie campaign to date.

She has been keeping busy as well, as the Mid-Ohio event follows her outing last weekend in SRO World Challenge TC America at Circuit of the Americas. After qualifying on the front row and tight battles in two races, she took home two fourth place finishes marking 10 career top-five finishes in TC America competition.

“We have had very positive showings in the No. 77 Honda Civic Type R TCR and I want to continue that progress,” said Hagler. “Having three fourth place finishes in a row motivates me to push to make it to the podium. Running solo at COTA gave me a lot of seat time to challenge myself physically and mentally. Continuing to improve our results in IMSA is our goal. Ryan (Eversley) knows this track really well so I’m looking forward to it.”

A member of the HPD GT3 Driver Academy, Hagler has most recently driven the 2.258-mile Ohio course in the Acura NSX GT3 Evo. With coaching from experienced Acura drivers, she will bring on-track learnings to her Honda Civic Type R TCR as she prepares for her competition debut at Mid-Ohio on Saturday.

“Taking on Mid-Ohio in my Honda Civic Type R TCR is going to be a new and fun experience,” said Hagler. “I have only been to Mid-Ohio once and that was in the Acura NSX GT3 Evo. It is a very technical, narrow track but I am confident that I will pick up how to get the most out of the Civic there quickly. Luckily, I have a knowledgeable and experienced teammate in Ryan (Eversley) which will be a great asset for the weekend.” Hagler will race twice as a part of the doubleheader weekend at Mid-Ohio. Race One will go green on Saturday, September 26th at 1:00PM ET with Race Two on Sunday, September 27th at 10:30AM ET. Both races will have live coverage on TrackPass on NBC Sports Gold.