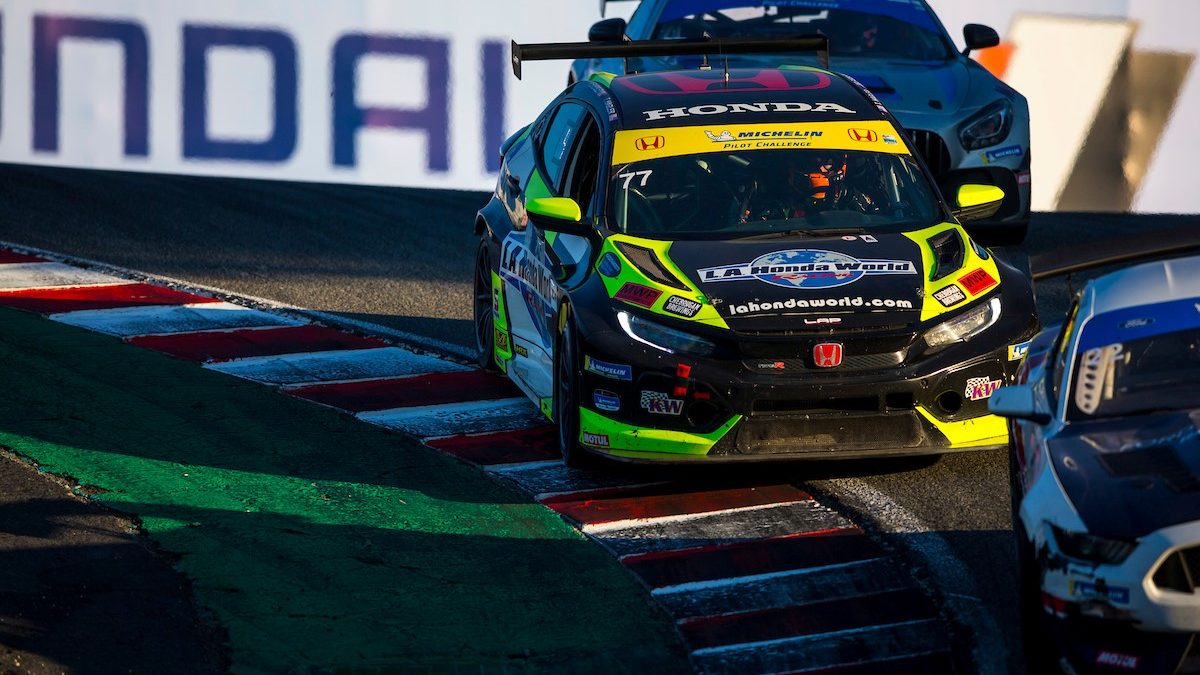 The condensed two-day schedule saw qualifying slated early on Saturday morning. Qualifying for the seventh time this year, Hagler placed the No. 77 Honda Civic on the fourth row in seventh for the two-hour showdown.

Hagler took the green flag which marked her first race start at the 11-turn course. Keeping her eyes locked on the TCR field ahead, Hagler kept the No. 77 Honda Civic clean as she navigated through a multi-car incident on the exit of turn one on the opening lap, which brought out the first of three cautions during the race.  Taylor was penalized for passing under yellow in the melee and would be required to serve a drive through penalty.

Only going back to green for five laps, a second full course caution on Lap 10 helped the team’s pit stop strategy which allowed Hagler to once again make a second stop for fuel. Hagler’s progress was temporarily slowed shortly after returning back on track after she received a pit lane infraction and was sent back into pit lane for a stop plus 60-seconds.

Back out on track in sixth place, Hagler set her focus on regaining ground with one hour, 30-minutes left in the race.  A timely third full course caution once again packed up the TCR field which allowed Hagler to restart from the lead lap.

Taking the restart from sixth, Hagler charged through the TCR field to reach as high as third as pit stops started occurring throughout the field. The Honda development driver worked to set her personal best lap of the race – 1:36.837-seconds on Lap 26.

Completing a one hour and six-minute stint, Hagler handed over the No. 77 Honda Civic to teammate Eversley for the remainder of the race. With an open track and green flag conditions, Eversley settled into fourth through the checkered flag. The fourth-place finish marked Hagler and Eversley’s fourth consecutive top-five finish of the IMSA season.

“We had a good weekend at Laguna Seca, and it was cool to race at another historic track that my dad and I visited as fans,” said Hagler. “With Ryan’s help, I was able to improve every session and we felt like we had a really good car going into the race. This place is really tricky because of how much the track changes during a session due to the temperatures and track conditions. There was a lot going on during my stint with the yellows and a few odd penalties, and it felt like we only got five or six green laps of running before turning the car over to Ryan.  We just didn’t have enough in the car to get on the podium this time, but I know the L.A. Honda World Racing team will have us in a good spot at Sebring. We will take another top four finish and look forward to the last IMSA Michelin Pilot Challenge round in two weeks!”